“There is never enough time to do or say all the things that we would wish.” That is a quote from the Christmas Carol’s Ghost of Christmas Present and I certainly feel that way. But I still find a little time to read. I love diving into new worlds and seeing them through a vivid character’s eyes. The best fiction can make you feel like you’re living another life. That is worth investing a little time, isn’t it? 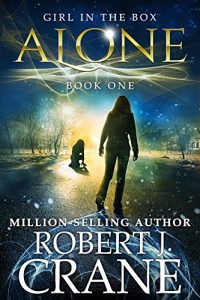 Girl in a Box is the first book in a lengthy series. This is a superhero story about Sienna, a homeschooled 17-year-old girl. It is reminiscent of the X-Men. When the story opens, Sienna’s mother has been gone for a week. Sienna wakes to find strangers in her house. She fights them off easily, hinting that she isn’t an ordinary girl her age.

This encounter plunges her into a hidden world of superheroes and supervillains with MIB-type agents being used as cannon fodder along the way. There is a sort of twist at the end involving the way her mother treated her that I won’t reveal here. I thought it added to my understanding of her character and helped explain some of her actions in the story.

The action was well done and there are several fight scenes. Sienna has a few powers that she learns to use as the book progresses. Her major power is not revealed until well into the book and has the potential to propel the series.

On Amazon, this book has a 4.2 stars rating. I would rank it at four stars. The main problem for me was the protagonist. She is selfish and her actions get a lot of people hurt unnecessarily. But, if you like superhero action and don’t mind the main character taking time to develop, you may enjoy this book. 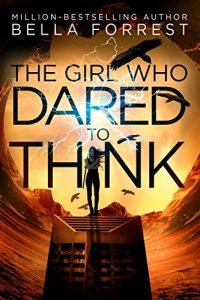 The Girl who Dared Think is a YA dystopian novel, which is not a genre I normally read, but I was intrigued enough by the sample chapter to buy it. The people in this society live in a tower controlled by an AI. There are a couple of paragraphs, in the beginning, letting you know that something happened three hundred years ago, but it is never explained.

The people are divided into professions, which they have for life. The tower’s citizens are also ranked from one to ten according to their usefulness to society. The AI does the ranking and the number is displayed on a device each person carries on their wrist. A rank of three or less means the person could be dangerous to the closed society. Liana, the main character, starts the story as a four.
After an incident, she drops to three and faces mandatory conditioning that would bring her number up but would change her personality forever. It is then that she meets a strange boy, who has learned to cheat the system.

Some reviewers have complained that they couldn’t understand the layout of the tower or how the lashes worked. Lashes are straps attached to a harness. The lashes can instantly grab onto any surface and then release when the operator wants them to. They are used to swing around in the tower. I had some of the same problems visualizing the tower and how the lashes might work, but I was still able to enjoy the story.

I found the writing smooth and easy to follow. The characters were all well fleshed out, with their own goals. Since I really like good characters, I did enjoy the book. It averaged 4.7 stars. I would give it a four or maybe a little more.