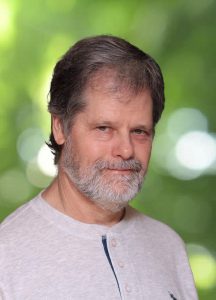 When I was a child, I played more with the boxes than the toys that came in them. The world was much bigger then, full of ghosts, aliens, and magic. Captain Hook lived in my closet for a little while. I stayed up many nights, watching the door. He wasn’t going to catch me sleeping! There may have been a few disadvantages to my untamed imagination.

Later, I discovered books and other people’s imaginations. Horror was fun, mystery captivating, and who doesn’t like to relive the glory of a first love vicariously through engaging characters, but speculative fiction does all that and more. It takes us to places that never were and worlds that might one day be. It makes us think and catch our breath.

A microbiologist by profession, and dreamer by choice, I’ve enjoyed my time in other writer’s worlds. Now I want to share my own. I’ve published two short stories in literary magazines and contributed twice to anthologies published on Amazon. My first novel, The Ghost and the Machine, will be available on Amazon in December 2019.

Be yourself, everyone else is already taken. Oscar Wilde

I guess destiny is not the path given to us but the path we choose for our selves. Mega Mind

He that gives should not remember, he that receives should never forget. A fortune cookie

“Fries or salad?” sums up every adult decision you have to make. Aparna Nancherla

When I was a kid my parents moved around a lot, but I always found them. Rodney Dangerfield (It’s like a one sentence story)

The only person you are destined to become is the person you decide to be. Ralph Waldo Emerson

Everything you’ve ever wanted is on the other side of fear. George Addair

Doing nothing is very hard to do . . . you never know when you’re finished.

Every strike brings me closer to a home run. Babe Ruth

The secret of getting ahead is getting started. Mark Twain