Whether traditionally or independently published, being an author today means running a small business. Writing ads, managing email lists, managing budgets, podcasting, website production, speaking, editing, cover design, brand management, the list doesn’t end. Writing may be the best part, but it is only a small part of it.

I’ve gathered information on the industry and posted some of it here. In the Writer’s Resources Library, I listed books that I have used and still keep for reference. Under Important Writer’s sites, I’ve listed resources for the writing business and craft. Tips and Tricks is a catch-all section for software applications that I have found useful.

The writing business is always in flux. I’m going to add content regularly, so check back again. This is hard to do alone. Fortunately, we can support each other so we aren’t isolated. 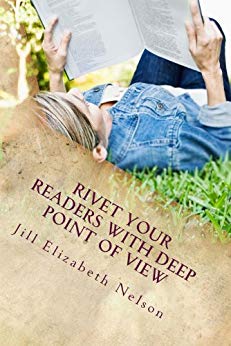 A book that changed my writing style is Rivet Your Readers with Deep Point of View. I knew about filtering words, but this brings close POV to a new level. It shows how to get the reader into the character’s POV by describing the world through the character’s eyes and integrating their thoughts into the narrative without using direct thought quotes in italic. Each chapter demonstrates a new aspect of deep POV and then reinforces the lesson with exorcises.

I use this book all the time. It really does help with deep 3rd person POV. It lists dozens of emotions, from adoration to worry, and gives you descriptions for the character’s internal feelings and the external signs that a character experiencing the emotion might display. It also gives examples of what the character might be thinking, how they might look if they are suppressing their reaction and how a character might behave after experiencing the emotion long term. 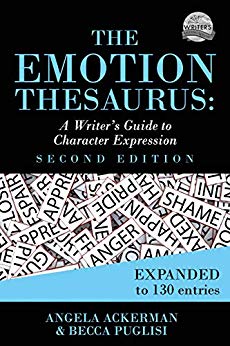 ISBNs register your book in a catalog of all books in print. They are tied to the book title and the publisher. A new number is required for each edition of your book. Physical Bookstores, wholesalers, and libraries require them. But they are not needed for eBooks. They can be purchased through Bowker.

ISBNs may be purchased here.

Book Brush is a great site for creating graphics for your book, including mockups, ad graphics, background, and 3-D books that can be used on your site or in ads. The backgrounds can be static or looped video. Many of these are free. With a monthly subscription, you have even more options available. Here is the link, Book Brush. 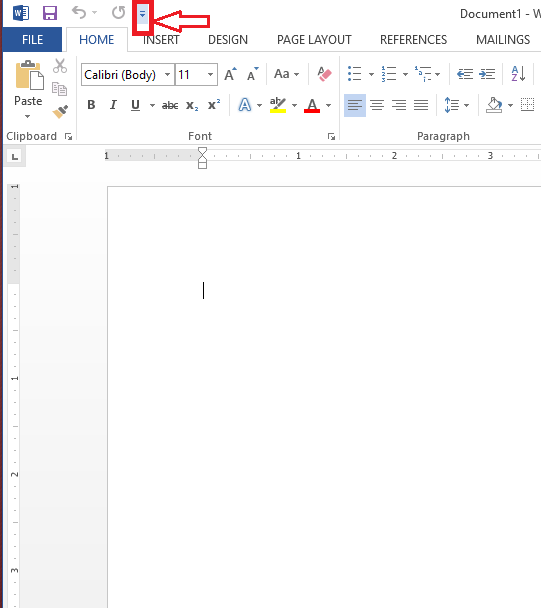 Microsoft Word can read text aloud using the Speak feature. I’ve found this very useful for finding typos and grammatical mistakes. The Speak command can be added right to the Quick Access toolbar.

Start by clicking the down arrow to add a new command. 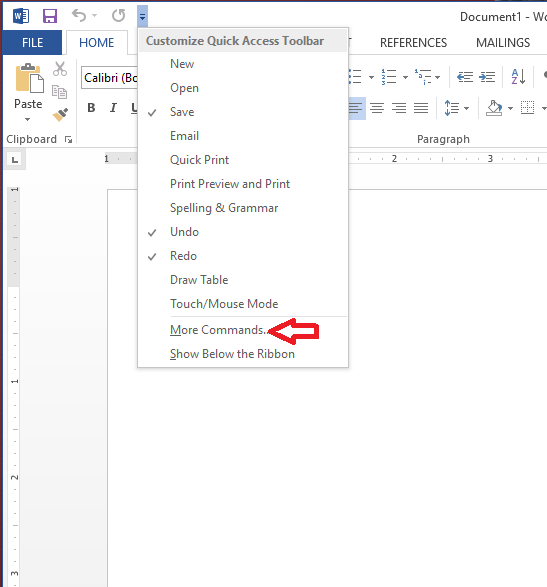 Choose the More Commands option from the dropdown menu. 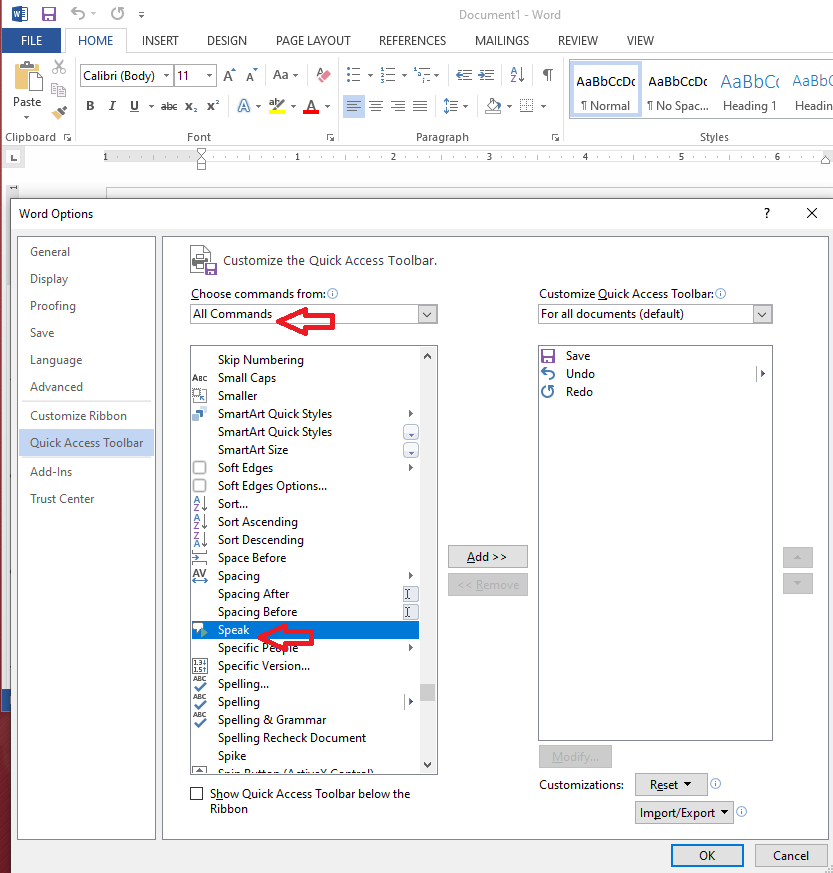 In the Word Options window, select All Commands from the drop-down. Scroll down and highlight the Speak command. 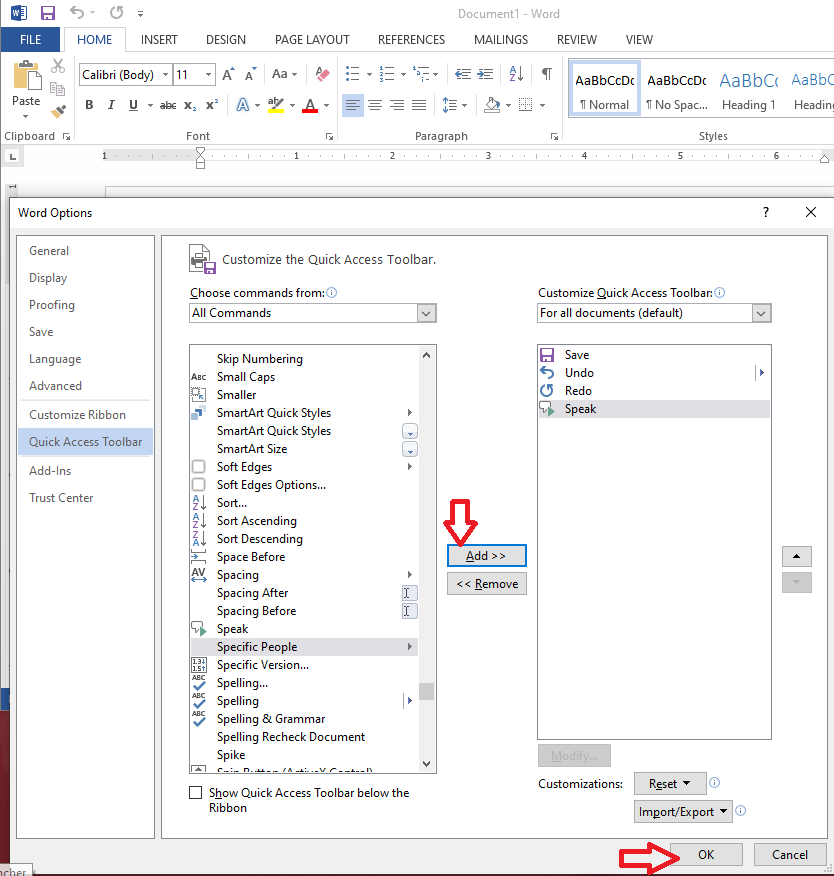 Click the Add button to move the Speak command to the right column. Then click the OK button. 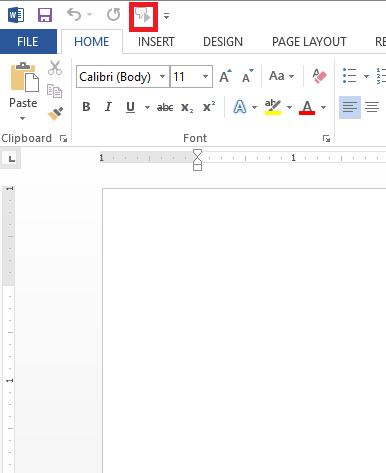 This will add the Speak command to the Quick Access toolbar at the top of Word. 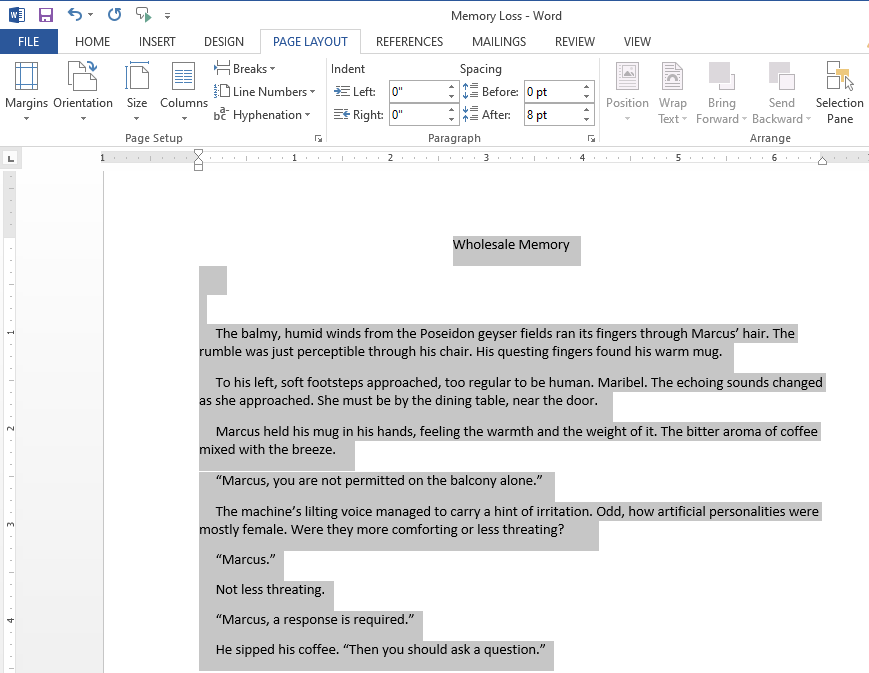 To use the Command, highlight the section you want to use and click the Speak icon on the Quick Access toolbar. Word will read the highlighted section.

What is passive voice? Passive voice is a sentence construction where the subject is acted on, instead of performing the action. Generally, the subject takes the place of the object in the sentence.

Passive: Dinner was eaten by Mary.

The passive voice version is not only longer, it is harder to understand. Extra length is also another hallmark of passive voice. But the main issue with passive voice is also the pivotal issue with amateur fiction. It makes the subject, which is often the main character, passive as well. Readers don’t want characters who are acted upon. They want active characters that take charge of their situation and own it. If a character is just propelled by the flow of the story, then the character becomes unnecessary. I’ve seen stories like this. Because they aren’t driven by the desires of the main character, they become a list of events with no motivation to tie the happenings together. So don’t do it.

How do you hunt down passive voice and kill it? In passive voice the object (the noun being acted on) and subject (the noun doing the acting) trade places. Stuff is happening to the subject, instead of the subject happening to stuff. Look at the example in the beginning of the article, “Dinner was eaten by Mary.” Mary is preforming the action, but dinner is the subject. Mary takes the place of the object as if she is being acted on. In this type of sentence construction, the subject will appear after the verb, instead of before it.

Microsoft Word can find passive voice for you. 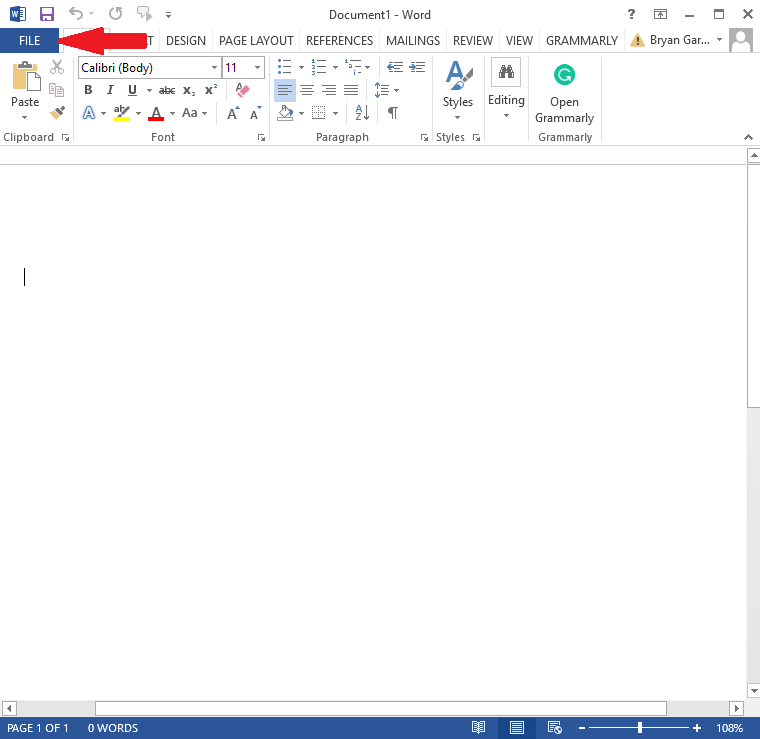 Click the “Options” to launch the Word Options dialog box. 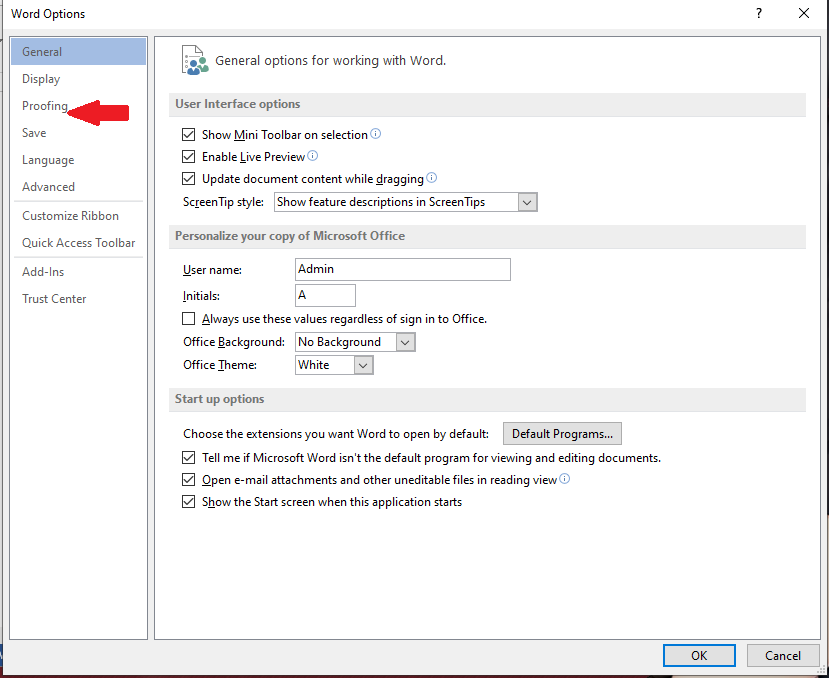 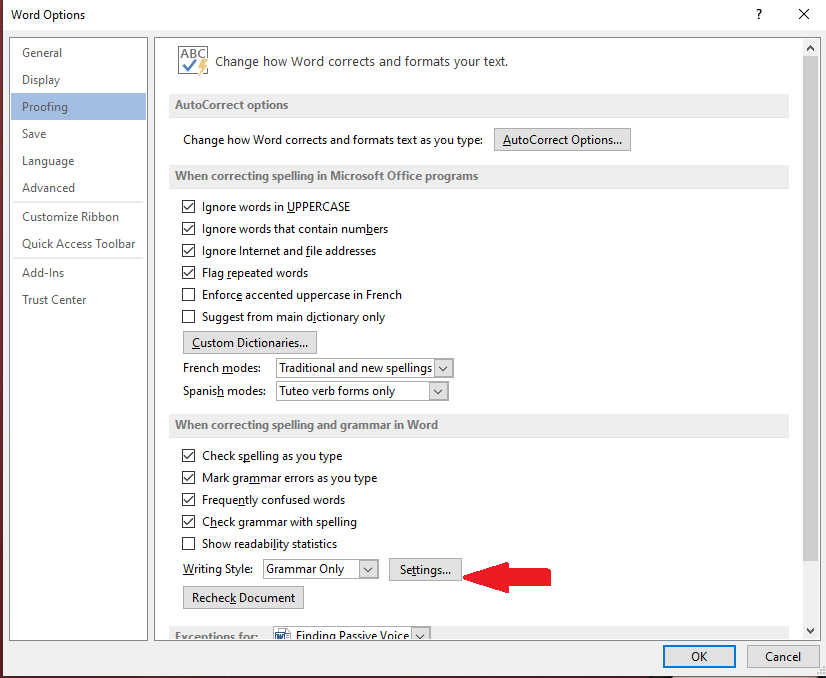 Click the “Settings” button in the “When Correcting and Grammar in Word” section. 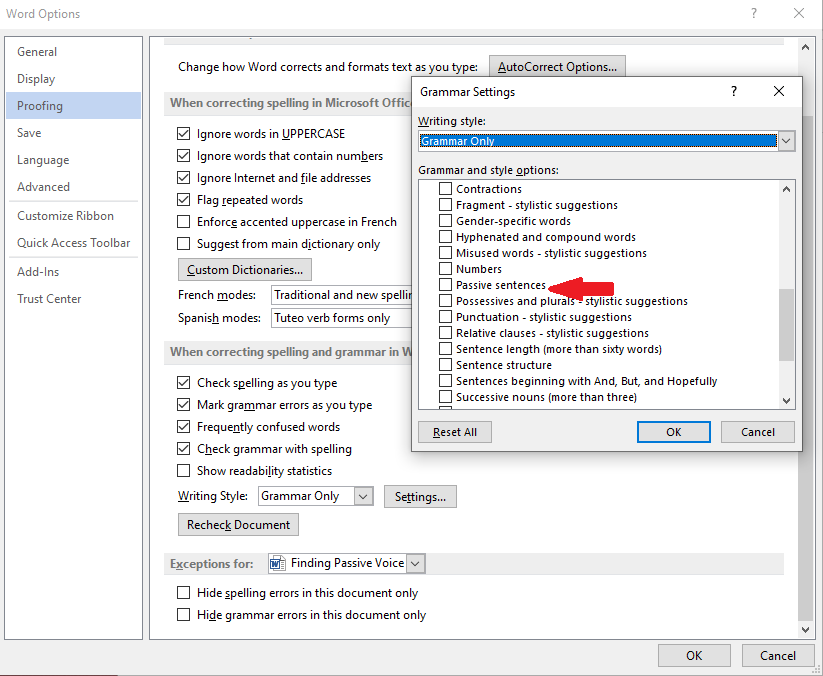 Scroll down to the Styles section, and click the “Passive Sentences” checkbox. 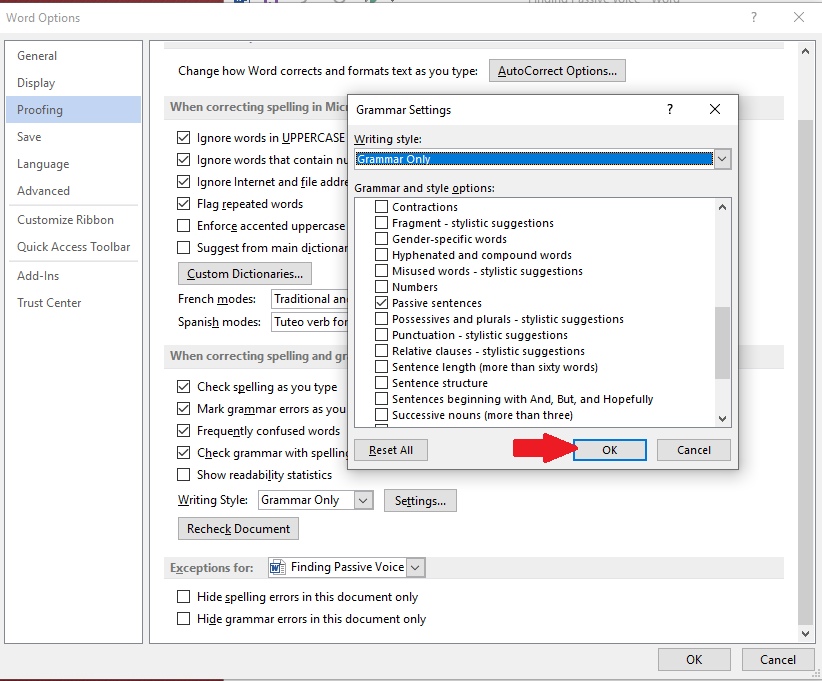 This will close the dialogue box. 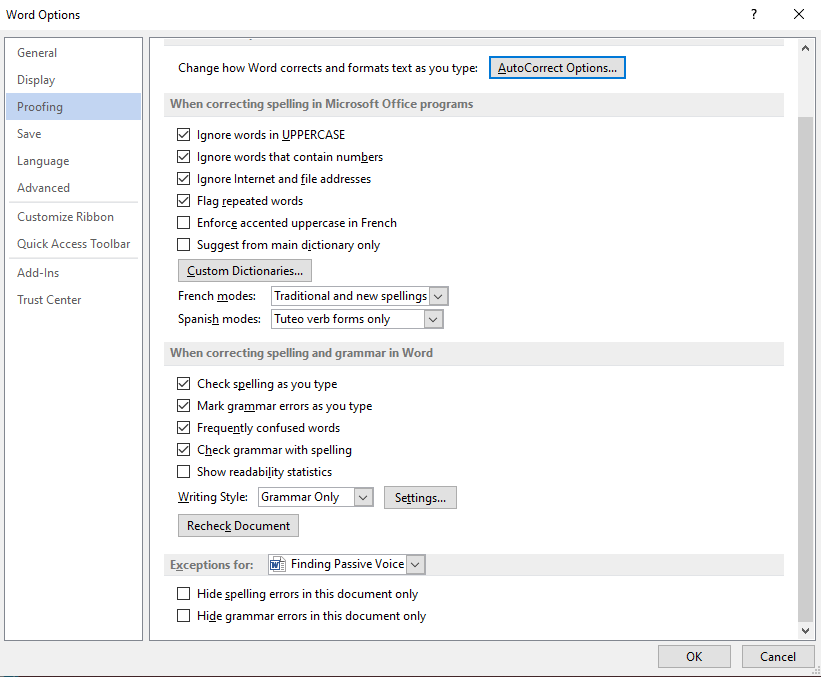 Click the “Mark Grammar Errors as You Type” checkbox in the Proofing dialog box to check for passive voice as you type. Passive verbs will be underlined in blue.

You can check your work manually by clicking the “Review” tab and then “Spelling & Grammar”.

Manage Cookie Consent
To provide the best experiences, we use technologies like cookies to store and/or access device information. Consenting to these technologies will allow us to process data such as browsing behavior or unique IDs on this site. Not consenting or withdrawing consent, may adversely affect certain features and functions.
Manage options Manage services Manage vendors Read more about these purposes
View preferences
{title} {title} {title}